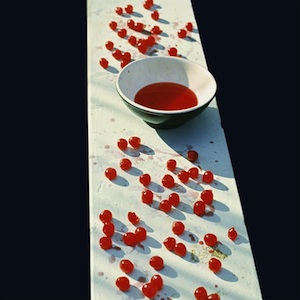 History: The end of the Beatles relationship was particularly dire for Paul for a multitude of reasons, including the other three choosing Allen Klein for their manager as driving a distinct wedge between them. While John had already privately quit the Beatles, Paul went largely into isolation, choosing to record at home on more basic equipment rather than the more sophisticated techniques the Beatles were using at that point. He did eventually go into the studio to mix the album and record some other instrumentation, but no one else appears on the album beyond some backing vocals by Linda here and there. This is a true solo outing, something that is fairly common place in music now but was largely unheard of at the time. His press release for this album also included self asked and answered questions which the press considered an official announcement of their breakup, something that would make their split even nastier since the other Beatles had no idea he was going to mention it.

My own history with the album and initial prediction: It’s possible that I’ve given this album a full listen at some point in the past but definitely not enough to have it all stored in my memory. The standout for most recognizable here is “Maybe I’m Amazed,” a song I’ve heard enough times that I could do well in front of a karaoke machine but not confident enough to sing alone without any help. “Teddy Boy” and “The Lovely Linda” also sound vaguely familiar as titles but we’ll see if I actually remember them once I hear them. I have fairly high hopes for this album, as I would think this fresh off the breakup there should definitely be some degree of similarity here with his latter Beatles songs.

What I worked on while listening:

Review: This album is definitely an eclectic mix. There are a lot of tracks like “The Lovely Linda,” “That Would Be Something,” and “Hot as Sun / Glasses” that feel more like unfinished demos than true songs. For “The Lovely Linda” he leaves in a giggle on the end of the track, something you would normally cut out without question, and as its name implies “Hot as Sun / Glasses” is literally two snippets of songs on the same track, with even a hard stop in between and no relation to each other that makes you wonder why they aren’t separate. “That Would Be Something” does have this very interesting Elvis feel to it, it mostly suffers from a severe repetition in the lyrics that probably could have been improved if a bit more time was spent on the track. Even “Teddy Boy” has a feel to it where there’s very nearly a finished song but could probably use with a bit more polishing to make it better. And what a weird song it is. A great melody but odd lyrics about a momma’s boy who can’t stand the idea of his mother being remarried so he moves out of the house.

There’s also the strange choice to include both the song “Junk” and an instrumental version as “Singalong Junk.” They’re not paced in a way to make one feel like a reprise of the other, just like he decided he liked it both with lyrics and without so wanted to have it both ways. While I didn’t recognize the title, I actually recognized the song the moment it started. A somber little tune about how things seem precious to us at first but then become something we throw away. It’s hard not to see how he might be talking about the change in the relationship of the Beatles there. You also have “Maybe I’m Amazed” which is a fantastic standout ballad that is the natural single off the album and well known for a reason and doesn’t need a thing changed to make it better. “Oo You” and “Momma Miss America” also had me nodding my head and tapping my feet along almost immediately, they have great driving rhythm and blues style beats to them.

There’s really only two tracks I personally didn’t care for: “Man We Was Lonely” primarily for its double tracked vocals and twangy feel, and “Kreen-Akrore” which is Paul’s own experimental track with heavy breathing and strange sounds trying to recreate the feel of a hunt of the Kreen-Akrore tribes of Brazil. The latter of which ends the album, and after the more traditional fare I’ve been hearing before it, this would just tempt me to stop the record spinning a little early.

I can definitely see why critics at the time may not have appreciated this one. To go from the grander scale that we had been used to hearing from Paul on the Beatles albums for so long, this kind of lo-fi approach may have seemed jarring. At least until you got to “Maybe I’m Amazed” anyway. But for me there’s definitely a lot more good than bad. While I feel like some of these would be improved with another few attempts to make them special, this is the first of the solo albums I’ve listened to that I feel like is worth an actual purchase to me. An absolute recommend to check out.

Next time: We’re going back to Ringo with Beaucoups of Blues.